History on Our Side?

According to Politico’s Morning Defense for Wednesday, November 10, 2010, U.S. Secretary of Defense Robert Gates says that “history is on our side in Afghanistan.”

Politico: Just because things ultimately didn’t turn out so well for the British Empire, the Soviet Union or others who have gone into Afghanistan doesn’t mean history will doom the U.S. effort there, Gates told ABC’s Cynthia McFadden. In a wide-ranging dual interview with SecState Clinton, Gates said the American effort is different:

“Actually, history isn’t against us. The people who have failed in Afghanistan have invaded Afghanistan. They’ve tried to impose a foreign system of government on the Afghans. They have acted unilaterally. We are in Afghanistan, first of all, with the sanction of the United Nations; second, as part of the NATO alliance; third, and perhaps most importantly, at the invitation of the Afghan government. And we are there to help the Afghans. This is why civilian casualties are so important and why sovereignty is so important, and observing their sovereignty: because we are there as their partners in this process, and that’s different from foreign precedents ever before in that country.”

Okay, he’s a lot smarter than I am, but gee, whiz, Robert. Could we not just once step back from the sound-bite-and-spin process long enough to consider other historical factors that might not support your position that the lives of American servicemen and women are being sacrificed overseas for a worthy and attainable goal? How about a different view for a change? History is on the side of determined insurgencies, particularly when they are based upon radical religious beliefs. You might be able to contain them, but eradication is impossible. That requires open-ended conflict and a perpetual need for overwhelming military effort just to keep the lid on.

Last time I looked, we haven’t posted a very good record achieving anything of the sort in Afghanistan. The administration and military leaders can’t agree on the current status of the effort, what we should do next, or whether current force levels will accomplish what we need in order to begin withdrawing next year. And just what is that exactly?

Here’s an idea that no one seems to grasp: don’t leave a power vacuum. What remains in place after we head into the sunset had better be able to do the job the most powerful military in the world has failed to accomplish. And we expect the Afghan government to step up? Really? 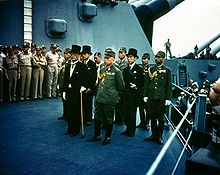 History to Robert Gates, come in please: With the exception of the Allied occupation of Japan after WWII, a unique situation that will never be repeated, no democracy has ever been successfully imposed on a country from the top down. And it astonishes me how anyone in their right mind thinks that we can transform a country with centuries of ingrained tribal, feudal culture, in which distrust of central authority and especially outsiders is so deeply entrenched, into a functioning democracy.

Just look at the “election” results. Or the corruption, in which Hamid Karzai’s family ties to the Afghan Bank have provided all the evidence anyone needs to conclude that it’s business as usual. We’re backing fraud on a gargantuan scale and  accepting it because it’s supposedly best for the Afghans? Sure. We’re going to spend another six months, or as reported just yesterday, postpone our departure until 2014, then pull out with a wave and, “Y’all behave, now.” I suppose Gates thinks the Taliban will sit down to tea with nothing but words as their weapons. Democracy will flourish through peaceful debate. Infrastructure will rise from the ashes. He may think history provides a blueprint for that, but he’s been reading a different textbook. 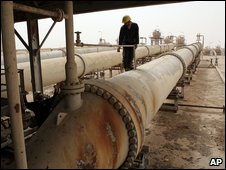 It would be so refreshing if we would simply come clean and admit to all the world that we’re not meddling in the Middle East for the benefit of anyone but ourselves. It’s not about freedom for Iraqis or Afghans or eliminating injustice. Those are smokescreens to hide the truth. Can we not avoid the hypocrisy for once and tell it like it is? We’re there to impose some measure of stability on a region with 56 percent of the world’s oil reserves and maintain unimpeded access to oil as cheaply as possible for as long as we can.

One major factor is that any attempt by the U.S. to adopt a sane energy policy has been a total failure. What else would you call the result of the Department of Energy’s 33-year endeavor to reduce America’s dependence on foreign oil? Under their management, 30-percent reliance in 1977 has increased to 70 percent. Reality to DOE: Maybe you misheard us. We said decrease. 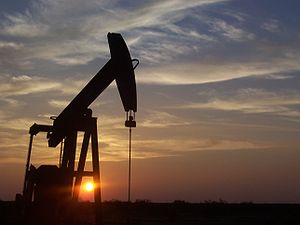 We’re addicted to black gold from the very core of our society as represented by the personal automobile that guzzles gas and can carry many more people than normally inhabit it. Or what about the huge city-fied pickups with pristine cargo beds that have never been used to haul anything but air? And don’t anyone dare try to force automakers to build more efficient engines. Detroit, et al, are better qualified to determine what we need for personal transportation. They build it and we’re supposed to like it. So sayeth the American government.

Whether the majority of Americans want to admit it or not, we as a nation are content to let the sacrifice of a few support the narcissism of many. The longest period of active warfare in our history isn’t about protecting our freedom any more than it is about securing that of foreigners. 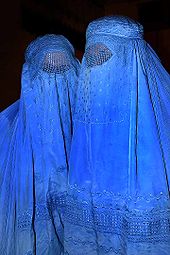 Why are we considered the Great Satan? It’s not because of anything we do in America, but what we do in the Middle East. The idea that the goal of terrorists is to install a fundamentalist Islamic state in the U.S. and put all American females in burquas is ludicrous. If we stopped interfering in their affairs, maybe we could once again wear our shoes through airport security and avoid the intrusion of full-body scans and pat-downs. You heard about the newest TSA insanity, right? As of November 1st, if you refuse a full-body scan or it reveals something “suspicious” you will be subjected to a rub-down with no area of your body off-limits. This is disproportionate response in the extreme.

And what about the fact that unimaginable atrocities occur every day in places that don’t have any oil? Can anyone in America even begin to comprehend the horrors in Darfur? What kind of animals conduct a campaign of mass rape? Why don’t we send our young to fight and die trying to stop that? If we were truly committed to our rhetoric, we’d never turn a blind eye to such suffering.

All America needs to do is look at its collective self in the mirror long enough to acknowledge this reality. What we’re doing is unsustainable. We’re on a slippery slope ending in financial and cultural bankruptcy as a second-rate nation. To change our future, we have two choices.

If cheap oil rules, then the entire nation has to commit to securing an uninterrupted supply no matter what it takes. Everyone shares the burden. It’s no longer acceptable to put someone else’s son or daughter in harm’s way while you sit on the sidelines. If this sounds like imperialism, it is. But at least it’s honest. 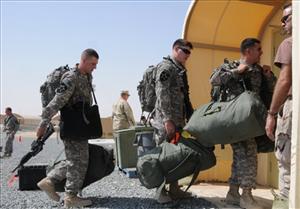 Or we could create a better America. A first step would be to stop trying to impose on others what’s best for us under the guise of what’s best for them. What a unique concept. Tell the Middle East to duke it out among themselves. They’ve been doing that for centuries and they’ll be doing it long after we’re gone.

Bring the troops home and repair the colossal damage inflicted on our volunteer military. Put all of our energies in to fixing what’s wrong with us, little things like: secure our borders, reduce a staggering national debt, 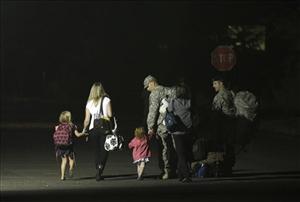 create a sustainable health-care system, reduce the downward plunge of our educational system, manufacture something in this country other than hot air and rhetoric and put Americans to work, reform the insane tax code, eliminate earmarks, demand that each and every bill be debated on its own merits and that politicians serve the people rather than the other way around. That’s a short list.

The alternative is to stand by and watch this nation self-destruct.

One Response to History on Our Side?