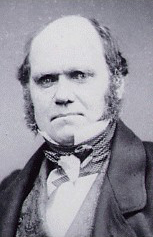 You may have heard of this award, which celebrates how the principle of survival of the fittest and the process of natural selection can eliminate humans who display appalling lack of good judgment and prevent them from begetting any offspring with similar proclivities.

The visual manifestation of this might be a cartoon (hopefully not a photo) of a man straddling a branch high in a tree and sawing through it between his position and the main trunk. You can’t wait to see what happens, right? Or what about the commercials that likened paying too much for phone service with the stupidity shown in a series of videos?

One of my favorites: A guy is cutting down a huge tree in the forest with a chain saw. His truck is parked directly behind him. As the tree begins to lean, the guy realizes that it’s coming directly toward him (and his truck). He drops the chain saw, puts his hand on the tree trunk, and tries to push it in the opposite direction.

Freeze-frame this image for a few seconds and consider that the tree is so tall you can’t see the top of it in the video. Now press PLAY and watch the tree begin its inexorable fall with the guy still trying to stop it. Luckily for him and less so for the average IQ of the human race, he dashes out of the way just before the tree smashes into the truck and flattens it. Like a pancake.

Or how about this classic? A guy buys a brand-new Lincoln Navigator. He’s trading in his old SUV, which has some tools in the back, a few sticks of dynamite that he uses in his construction company, a shotgun for bird hunting, and his ice fishing gear. He transfers this stuff to the Navigator and drives over to his buddy’s house because they’re going ice fishing that afternoon.

He’s got to take his new truck, right? They load his buddy’s gear and his golden retriever and take off for the lake. I’ve never been ice-fishing, but apparently driving vehicles onto the ice is relatively common. I’m only guessing, but that’s probably done only on really thick ice. 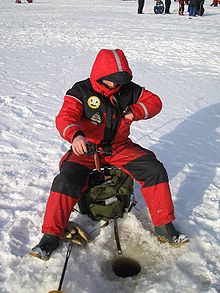 Always looking for a way to make things easier, they decide to forego drilling a hole in the ice and come up with the brilliant idea of using a stick of dynamite instead. Navigator guy prepares the blasting cap/fuse, lights it and throws the dynamite as far from the vehicle as he can. You’ve figured out what’s coming next, right?

Oh, yeah. The retriever takes off after it. No amount of shouting from the dog’s owner makes any difference, so Navigator guy grabs his shotgun and fires it in the air to frighten the dog and get it to drop the dynamite, or at least prevent the dog from completing the task retrievers are trained for.

That doesn’t work, so Navigator guy fires closer to the dog, trying not to hurt it, of course, and that causes the retriever to run under the Navigator.

The dog owner is screaming at the dog now, who responds by crawling out from under the Navigator — sans dynamite, good for the dog and the two guys, bad for the Navigator. The explosion puts it at the bottom of the lake.

Imagine the phone calls Navigator guy has to make. The one that intrigues me the most is to his insurance agent.

I’m going to be on the lookout for candidates for an aviation version of the Darwin Award. If I’d thought of it earlier, I could have used a previous post titled, “Arrogance + Pilot = Brain Dead” as justification for announcing the first winner, Sen. James Inhofe (R-Okla.)

If you haven’t read that, take a look and you’ll understand why.