A Conversation With the Illusionist

Unless you’ve been living on Mars, you can’t have missed the uproar over the new TSA screening procedures. Maybe it’s something you personally don’t care much about, because you think it’s a necessary intrusion on your privacy to protect us all, or you don’t fly on airliners very much, or you’ve decided you won’t ever again just to avoid the aggravation and hassle. In the meantime, each day brings new examples of an issue whose lives will invariably make a cat jealous. To wit:

AVweb: TSA Administrator John Pistole said Sunday there are no plans to change controversial security procedures at airports despite a growing backlash against the more detailed pat-downs now being administered to some passengers. Pistole said he’s heard the complaints but about 2 percent of travelers can expect to be touched where their mom and dad likely told them never to let strangers touch. “I want to be as sensitive as I can to those folks. I’m very attuned given all the concerns that have been raised,” Pistole told CNN’s State of the Union. “No, we’re not changing the policies.” President Barack Obama and Secretary of State Hilary Clinton also said they felt the passengers’, uh, pain, but they stopped short of overruling the TSA. Clinton said she’d avoid getting groped if she could.

Hmm. I bet Clinton will have a better chance of success than the rest of us, wouldn’t you agree? 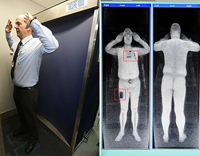 AVweb: Friday, the TSA announced that airline pilots will see immediate modifications to their airport checkpoint screenings, but it appears it will be next year before they can bypass scanners, or full-body pat-downs. The near-term changes have not been revealed in detail, but apply to pilots traveling in uniform or on airline business, according to the Associated Press. In the new year, pilots will pass through security following a standard process (yet to be determined) likely to be based on a computer check of their airline-issued ID cards. “This one seemed to jump out as a common-sense issue,” TSA head John Pistole said. “Why don’t we trust pilots who are literally in charge of the aircraft?”

Hmm. So a common sense issue finally “jumped out” at Pistole. If that doesn’t begin to raise your temperature, what will it take? 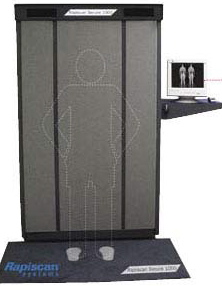 AVweb: As the Transportation Security Administration’s deployment of backscatter X-ray machines at airports draws increasing public resistance, four University of California researchers say the ionizing radiation used in these devices poses serious health concerns. In early April of 2010, the researchers—all medical and biology specialists—wrote John Holdren, science and technology assistant to the White House, expressing “urgent” concerns about the safety of so-called Advanced Imaging Technology (AIT). TSA has claimed that the scanners expose passengers to less than the equivalent of a chest X-ray, but the researchers say this claim is misleading because of the way backscatter X-rays work. In a detailed paper submitted to the White House, the researchers identified a number of red flags associated with the use of this technology. Specifically, even though the backscatter machines operate at low beam powers, the majority of their radiation is directed at the skin and underlying tissue, not the entire body. The report says because the X-ray energy is not absorbed by the entire body, the skin dosage may be dangerously high in localized areas, exposure that’s very different than a chest X-ray. Furthermore, they say no independent data exists on the safety of routine use of backscatter machines. The TSA appears to have accepted data from the manufacturers, without benefit of conducting independent risk assessment buttressed by peer-reviewed data.

Hmm. I don’t remember hearing about that. Do you?

Of course you don’t. You are being fed only what the government wants you to hear as they create the illusion of safety through visible measures that by any reasonable standard abrogate the Fourth Amendment, subject you to legalized assault, endanger your health, and snatch significant freedoms from your grasp.

Okay, so let’s say that we (the American people) had the opportunity to question TSA Administrator John Pistole. We might start out by mentioning that statistics really don’t mean much. For example, if someone tells you that your chances of being killed while engaging in a particular activity are less than 1 in 1,000,000, you might be relieved to hear it. On the other hand, if you’re killed while doing it, the probability just reached 100%. A statistician, of course, would object because that’s not what the statistic means at all. But he would also be missing the point, which is that if this abomination is supposed to protect us, what about the other 98% of potential terrorists?

The American People (AP): “According to you, only two percent of travelers can expect to be subjected to enhanced pat-downs, is that correct?”

AP: “How do you choose the two percent?”

JP: “We don’t choose anyone. Any traveler who refuses a full-body scan will be required to pass the enhanced pat-down in order to proceed into the secured area of the airport. It’s one or the other, and it’s the passenger’s choice.”

AP: “So TSA never, under any circumstances, randomly selects passengers for the enhanced pat-down.”

AP: “Okay, but what about airports without the AIT machines? They’ve been installed in only sixty-five airports nationwide, and even then, they aren’t used in all lanes. And in Austin, Texas, the floors won’t support them. Security checkpoints only have standard metal detectors and the baggage X-ray machines.”

JP: “That’s different. If a person passes through the metal detector and sets it off, then they will be required to pass the enhanced pat-down.”

AP: “So travelers with hip implants, for example, no matter how many times per week they fly on airliners, have a 100-percent chance of being groped.”

JP: “It’s not groping, and I object to your use of the term.”

AP: I’ll bet you do. It sounds so much better the way you say it. But can we be very clear about this?”

AP: “At airports without AIT machines, absolutely no traveler who makes it through the metal detector will be subjected to an enhanced pat down.”

AP: “So a traveler who doesn’t beep going through the metal detector might be patted down?”

AP: “So in this case, TSA does choose who gets groped­­–excuse me, sir–receives the joy of an enhanced pat-down.”

JP: “I’ll ignore your sarcasm for the moment, and say that we do perform random enhanced pat-downs.”

AP: “Okay. “That brings me back to my original question. How does TSA choose which travelers will be patted-down?”

JP: “What don’t you understand about it being completely random?” 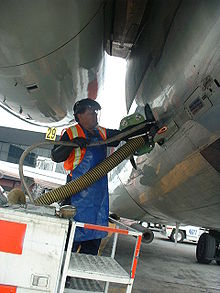 AP: “I understand this: random means chosen without method or conscious decision. And I submit that’s not what you’re doing.”

AP: “Gladly. You’re profiling. TSA employees with no special expertise with regard to seeing into the hearts and minds of travelers are looking for something external in the way of expression, manner, behavior, or clothing, just to name a few examples, to haul someone aside for a pat-down. You’ve been doing this long enough for it to be clear that loose, comfortable clothing is a lightning rod for the hands of TSA screeners. That’s no more random than the Sun.”

JP: “I can’t tell you that. It’s a matter of national security.”

AP: “I’m glad you brought that up, sir, because what you’re saying is that our national security is dependent in part upon 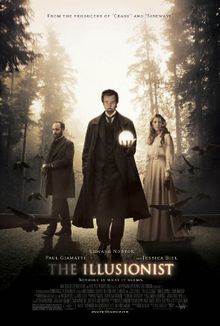 TSA screeners using some mysterious, secret criteria to check only two percent of travelers while the other 98% get less scrutiny. And we’re supposed to buy the notion that this selection process is sufficiently accurate to produce an acceptable level of safety.

“Which brings me to my last question, sir. Can you guarantee the American people that without exception, every person who has access to an airliner in the United States, whether it be within sight of the traveling public or not, is subjected to exactly the same level of security screening? Every baggage handler, caterer, mechanic, fueler, all the personnel required to keep a modern airport running efficiently? And what about every bag and every piece of cargo? Yes or no, Mr. Pistole?”

At this point in our hypothetical discussion, The Grand Illusionist would be required to produce an elaborate magic show, and he probably could. The only question is whether you will pay the price of attendance.

2 Responses to A Conversation With the Illusionist