While writing a post on airplane-bird collisions for the Single Ship logbook, I decided to research a bird-strike incident that occurred near Reese Air Force Base in the mid-60s. A few relevant key words entered into a Google search brought up an essay written by a member of an Undergraduate Pilot Training class shortly after mine. The author covered the incident in detail, and within a few minutes I had what I needed for my blog post. I shudder to think how labor intensive the search would have been not too long ago.

Only a few years have passed since I last submitted to agents, and even in that short a time the process has changed dramatically. No longer do we have to open books whose information can be outdated before it appears on the shelves and then check on the accuracy by calling the agency to confirm data crucial for the query letter. Agents speak to us directly through websites, blogs, tweets, and who knows what’s next. Third-party websites serve writers by offering enormous amounts of easily accessible information. Forums allow writers to share experiences, knowledge, specific expertise, and offer each other mutual support through the often agonizing process of trying to obtain representation. 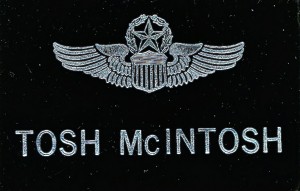 One of the problems created by this easy access is deciding when you have enough information to decide you don’t need any more. I’m particularly vulnerable to the pitfalls of never-ending preparation. Ask any of my writer friends and they will probably say something to the effect of, “How many drafts does it take? He’s revised that novel at least 13 times, written over 40 query letters, and just finished the 8th version of the synopsis. When is he going to submit something?”

And that’s an accurate observation. Some even predict that I’ll never get past the preparation stage. But I’m going to prove them wrong. I think . . .

I really like QueryTracker.net. After using the forum to help me with the query, I’m now developing an agent list from their database, which includes over 1000 agents. When I refine the search criteria by selecting mystery, thriller, and suspense genres and ask to see only those agents who accept unsolicited queries, I end up with a list of about 160.

Both the initial and refined lists show the agents in alphabetical order by last name. To the right of the list are four columns with information as reported by QueryTracker members: total number of queries submitted to each agent, number of rejections, number of requests for additional material, percentage of rejections, and percentage of requests for additional materials. You can click on the top of a column and the list will rank order the agents according to that parameter in descending order.

Sorted by total number of submissions, the list indicates agent popularity with QueryTracker members. To sort by percentage of requests ranks agents according to the historical likelihood that they responded favorably to queries from QueryTracker members. I’ve decided to use that criteria for the time being.

Beginning at the top, I’ve been looking at the agency/agent websites for biographical information, preferences, submission guidelines, client lists, and comments from QueryTracker members about each agent. I decided to complete this initial “take a look” process before sending out any queries. As of today, I’m about halfway through the list. 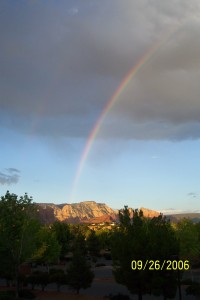 My original purpose was to come up with a ranking of my own, but I’m beginning to believe that with the exception of a few agents who might appear on paper to be especially well-matched with my novel, there’s very little a writer can do in trying to “pick” an agent. They pick us, and predicting that is like trying to nail Jello to the ceiling.

My friend and writer John Jones tells a query-war story about an agent he “picked” as a long shot. She responded with a request for additional material and said something to the effect of, “A main character who burns his own house down. I love it!” She declined to offer representation, but the moral of the story is clear: query widely, because you never know.

Once I decide to query any particular agent, my plan is to visit AgentQuery.com and the agent’s website to look for a blog, which should present the most current information the agent has chosen to share with potential clients. And even when there’s no obvious reason to query, so long as there’s no compelling reason not to, I’ll query widely.

Because you never know.