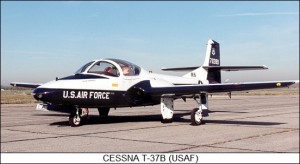 On 16 November, 1964, UPT Class 66-D began the process that in twelve months and twenty-two days would transform a group of mostly 2nd lieutenants into USAF pilots. Few (if any) of us had flown anything other than light aircraft trainers.

But the flight line at Reese AFB didn’t have any of these. To even begin training in the T-37 required no small amount of classroom instruction well before the first flight. Of the many differences we faced, one of the most significant was what the military called the “powerplant.” No more piston engines and propellers for us. We were training to be “jet jockeys.”

Many of our classroom instructors were civilians, and had retired from the military and been hired to teach within their previous specialties. This meant two things to us students: the instructors were very, very good, and they could teach classes in their sleep. The problem was, if they did that, the students would be sleeping along with them. Late nights and early morning get-ups robbed us of adequate sleep from the first day to the last. The instructors compensated by trying hard to make even the most boring and mundane technical detail interesting.

The first lecture of Powerplant 101 (they didn’t call it that, but you get the point) began with the instructor unveiling a huge cut-away color diagram of the Contenental-Teledyne J-69 turbojet engine. My immediate thought was, They expect me to learn that? And it’s important to note that in 1964, military training emphasized an approach long since recognized as inefficient because it required students to memorize large amounts of data for its own sake.

But this instructor obviously knew that. His initial approach to the topic of jet propulsion set the tone for the class by using a blend of folksy humor and a thick Texas accent. No laser pointers in those days, so he picked up a long, rubber-tipped wood pointer, introduced himself, gave us an overview of the class schedule and objectives, and immediately eased the pent-up tension filling the room.

“Now, boys, you’re probably lookin’ at this here diagram and thinkin’ this is gonna be a really hard subject to learn. But I’m gonna start right out by telling all y’all everthang you really need to know. Then we can relax and get to the rest of it. How does that sound?”

Pretty good, actually, and our communal reaction undoubtedly told him that.

He tapped one end of the diagram with the pointer. “This here’s the front of this here engine. One o’ yore objectives in trainin’ will be learnin’ how to keep this end pointed forward.”

That broke the tension with howls of laughter and we were off to a good start.

He tapped the other end of the diagram and cocked his eyebrows. “Anybody need me to tell you what this is?” More laughter, and then he said, “What’s in between these two is the heart o’ yore basic SSBB engine.”

Confusion now. We’d all learned from ROTC or Officer Candidate School that the military was enamored with acronyms. It’s like a secret language used to keep the uninformed clueless as to what’s being discussed. Each of us also feared being the one to ask for an explanation. What if I’m the only one that doesn’t know? Then I look like the class idiot. 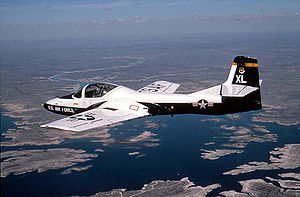 Then he paused, knowing what was coming, and a student didn’t disappoint him. “But you didn’t tell us what SSBB means.”

“Oh, yeah. That just describes the four components of yore basic suck, squeeze, bang, blow engine.” When the laughter died down, he continued, “And lemme tell you boys somethin’. Compared to what all y’all been flyin’, two of these engines will haul yore skinny butts through the air faster’n you-know-what through a goose.”