Posted on September 2, 2010 by Tosh McIntosh 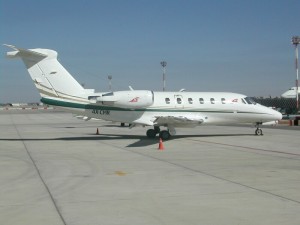 You can guess what happens next, right? The temperature climbs to three degrees higher than the maximum I’d planned for. The charts don’t list each degree of change, so now it’s a matter of interpolating. Number-crunching completed, I consider the wind, which keeps shifting in speed and direction. I decide to choose the runway based on the existing wind when we taxi out. We won’t conflict with traffic because there is none. All the other jet pilots in the world know better than to land at Ilopango.

By the time the passengers are on board and the engines started, the wind picks up and changes direction. We taxi onto the runway and toward the far end for departure. About halfway down I notice a group of about twenty locals lining the edge of the runway with a soccer field just beyond. They aren’t watching the game. Either the word has gotten out that two American pilots are about to crash, or the other team is winning. Or both.

At the end of the runway just short of more weeds, I do a 180-degree turn into what I hope will still be a headwind. There is only one windsock on the field, a tattered cone of faded cloth, and we can’t see it. I set the brakes and advance the throttles to maximum takeoff power. Okay, maybe plus a little bit.

With a fervent wish for a benevolent gust, I release brakes and we charge down a dark strip of rolling blacktop laid down by a less-than-proficient pavement specialist. As we pass the magic “V-one” call from the copilot and commit to the takeoff (i.e., we aren’t stopping no matter what), he adds a comment I will never forget: “We might actually make this.” With the runway end rapidly approaching, he calls, “Rotate.” A gentle rotation eases the nose to takeoff attitude. The jet lifts off and immediately sags as the practical effect of altitude, temperature, and high gross weight decreases climb capability. As we pass the end of the runway and over the “deep ravine” as described on the runway chart, the copilot calls, “Positive rate” (all it takes for the call is one foot-per-minute rate of climb, which is about all we have). I respond, “Gear up.”

My task now is to maintain best rate of climb speed and keep the wings level to avoid losing any precious lift as we struggle to reach the minimum altitude to begin the turn back to the airport. High terrain in front of us limits the room we have.

Prior to takeoff I had decided to delay flap retraction, which allows me to safely fly at a slower speed and thereby minimize the turn radius. As rugged cliffs loom in the windscreen, I begin a gentle turn with fifteen degrees of bank. The airplane feels like it’s balanced on the tip of a pole, ready to do something really unpleasant. Like fall out of the sky. 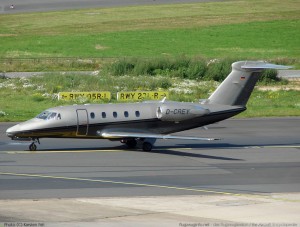 Things are looking up. I ask the copilot to request direct to a point at the end of the procedure to avoid another aggravating series of turns and altitude restrictions. The controller surprises us with clearance to a point even further along our route. Maybe he felt he owed us something from the arrival fiasco. We gladly accept.

Things are looking even more up, and we’re headed home. By the time we finally reach cruise altitude, I can feel the relief coursing through my veins. But as we level off, the red MASTER WARNING light comes on with a steady BATT 1 O’TEMP light. Before we can even get out the checklist, the BATT 1 O’TEMP light begins to flash, which means a battery that is already too hot has just gotten too hotter.

This is not good. Nickel-cadmium batteries can fail with a nasty malfunction known as “thermal runaway.” It means just what it says, and they can melt things.

We follow the checklist, but the battery temperature doesn’t respond the way it’s supposed to if the procedure is working. After fifteen minutes of trying to analyze what’s going on, we talk about declaring an emergency and diverting to an alternate airfield. That discussion takes far less than fifteen minutes when we contemplate landing in Central America without a landing permit. We’ve had our fill of being surrounded by teenagers carrying assault rifles, and who knows how long it will take to sort things out and be on our way?

For two hours I stare at the warning light with one eye, the other slewed off to monitor the battery temperature gauge as it oscillates up and down but refuses to decrease after we have removed all the reasons for it to stay hot.

At one point the owner comes up to the cockpit and asks how things are going. I explain the problem. Then the copilot grins and says, “But you notice how calm we are.” As the owner heads back to the cabin, I say, “Let us know if the rear bulkhead begins to glow.” He laughs, because in 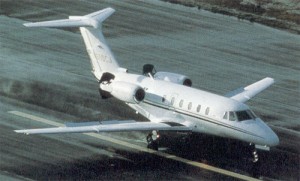 spite of everything, he trusts us.

After clearing customs at Austin and parking the jet, I open the battery compartment and feel test the #2 battery, then the #1. No question about it. That sucker is hot.

Safe at home that evening, I decide that the next time they tell me I’m going to make another trip south of the border, I may have to coax that battery into overheating on the way down.