On checkout at 6 o’clock the next morning the desk clerk wants a credit card. Here we go again.

I successfully arm-wrestle the guy for who is going to pay the bill, then endure another harrowing automobile trip on our way back to the airport. And sure enough, atmospheric conditions don’t allow loading more fuel.

I make all the final preparations for landing in Costa Rica, taxi to General Aviation Terminal 2, shut down an engine and wait while a parade of uniformed officials looks inside to confirm I have no idea what. We finally take the active runway, an impressive 13,700′ long, which is a good thing because we’re going to use over 8300′ of it to get airborne. Acceleration feels like we’re flying a turtle. Rotation to takeoff attitude is a gentle coaxing of the beast into the air.

An uneventful flight terminates at the “West Remote Ramp” in San Juan, Costa Rica. We see buildings in the distance, but “remote” is short of the mark. Notable efficiency greets us as the passengers are shuttled to the main terminal to use the restroom. We supervise refueling, which includes converting pounds to gallons to liters (watch that decimal point, Bubba!) and keeping an especially close eye to make certain they don’t put any fuel in the fuselage tank. Refuelers unfamiliar with the Citation III can mess that up in a heartbeat, and a center of gravity problem (which can severely compromise aircraft control) is the last thing I need. Then we wait thirty minutes for the passengers, who have taken the opportunity to get something to eat. I’m busting my hump to get them to Panama City as early as possible and they’re nibbling on breakfast tacos. The joys of aviation abound. 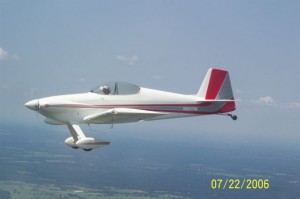 A normal flight puts us on the ramp in Panama City within fifteen minutes of the itinerary I provided in advance. Score one for me. An hour later we arrive at the Marriott downtown, a gorgeous hotel soiled only by the omnipresent stench of cigarette smoke. The word about the dangers of second-hand exposure apparently hasn’t reached Panama yet, probably because the phones don’t work there any better than they do in Mexico.

The desk clerk greets me with, “How will you pay?” Another arm wrestling contest places us in very nice rooms. We’d gotten up way before dawn, nibbled only on granola bars, and we’re famished. Foreign countries seldom require food-service inspections, but US chains normally follow safe practices. The hotel guide says the restaurant is open from 6 AM to 10 PM. We decide to eat a late lunch and discover that, sorry, they’re closed from 3 PM to 6 PM. More tuna fish from a can. We do get to eat dinner that night, a filet mignon from beef that must have spent most of its life running from hungry drug smugglers. A tough end to an even tougher day.

Following the third “oh-dark-thirty get-up” of the trip, we check out and the clerk asks for my credit card. Have I lost my patience yet? Our secure transportation (the kind that carries weaponry) isn’t there, and we’re trying to get in touch with them when a car roars up and a guy rushes into the lobby.

We learn that our original transportation had left for the airport with two of the passengers who were not continuing with us and had to make a commercial flight. The driver is the owner of the security company and he’s dedicated. Come on, let’s go!

We climb in the car. He asks where we’re from in the States, then says, “Buckle your seat belts. I’m going to go very fast, and they probably don’t drive like this in Austin.” The copilot and I scoff in unison. But after watching the guy weave through traffic at 140 KPH with a cell phone in one ear and grappling for change to pay at a toll booth looming ahead, I have to agree.

Private airplanes apparently can’t be parked close to any buildings south of the border. The 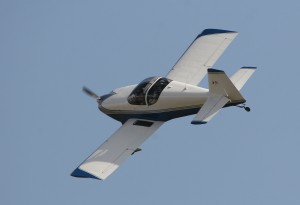 handlers drop us off at the jet in the middle of nowhere and disappear. When they return to tell us the passengers will be here in ten minutes, the copilot asks to use the restroom. The driver takes him to the fire station. A cleaning lady is in the men’s room, and when he asks her to leave for a minute, she refuses. He asks the driver to assist, but the man replies, “She does that to me too. I’ll take you to the terminal.” When the driver offers to drive me there, I decline. This will be the first flight of the trip on a northerly heading. I can’t wait to get airborne for San Salvador.