Grenade in the Room 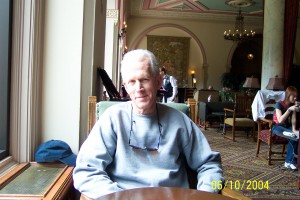 You’re sitting in a room with a bunch of writers talking about writing and so far there have been no fistfights. Unusual, I know, but it does happen on occasion.

After awhile you notice something a bit surprising. In the midst of all this intellectual prowess and word savvy, mis-communication sometimes occurs. It’s kind of like people talking around something and never quite getting there because a satisfactory end to the conversation sits behind yellow DO NOT CROSS tape.

So you decide to test the atmosphere, see how many of your writer friends are really listening to themselves and the others around them. During the next relatively quiet moment you say, very clearly and with sufficient volume so that everyone can hear, “Let’s talk about point-of-view.”

Now that, ladies and gentlemen, is a grenade in any room populated by writers. To follow up with the virtual equivalent of that grenade: 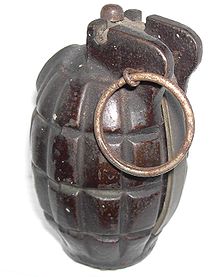 I believe knowledge of pov and how to control it is important. That’s not to say I think every writer should take the same approach, and I’m sure there are many examples of superb storytelling from authors who have never for one second thought about pov. But for those of us engaged in communal exploration of the craft, one of the main reasons discussions on this topic can end inconclusively is the effect of vocabulary.

All disciplines use specific words to mean specific things. If a chemist uses a term describing the reaction when substance A comes in contact with substance B, any other chemist understands without having to stop and talk about it. The result is predictable and repeatable.

The vocabulary writers use is much less well defined. That’s a good thing because we aren’t engaged in a science. But I think it’s worth keeping in mind the definition of effective communication. Science might say we need a transmitter, a receiver, and a transmitting medium. I’ll offer two additional items: common language and vocabulary.

To illustrate my personal approach, I believe it’s instructive to separate pov and person. They interrelate, of course, but it’s helpful not to bundle them when considering the impact of each on the reader’s experience in relation to characterization. By way of explanation for my approach:

It’s safe to say that the vast majority of modern fiction is written in third person. Readers are familiar with it, which makes the writer’s choice invisible to them. That’s not a bad reason to use it.

First person probably isn’t all that noticeable to readers when they first pick up the book. My guess is that few people have ever returned a book to the shelf in a B&N, turned to a fellow shopper and said, “I NEVER read a book written in first person!” The differences in the reader’s experience with the book are far more subtle than that, a topic beyond the scope of this post.

Second person is so rare as to be really weird. Yes, it’s been done, but readers need a really good reason to get by it, to spend enough time to move the writer’s choice into the background. That’s like a steep hill the writer forces them to climb. There had better be a prize waiting at the top.

I find it most useful to consider that there are only three choices for pov: omniscient, limited single, and limited multiple. In another post for this logbook, I’ll continue this topic and invite you to join me.