First, credit to Deanna Roy for the photo. Next, credit and special thanks to her for assisting me with this website and blog. What follows is how it all came about.

Deanna moderates, chairs, facilitates and otherwise cracks the whip over a roomful of unruly writers every second and fourth Sunday of each month. The Novel-in-Progress Group of Austin calls these meetings roundtables. What’s up with that? We sit at six rectangular tables arranged in a rectangle. I’ve been meaning to talk with her about that.

I’m at the point in my writing effort when the dreaded query letter fills the top of my desk like the proverbial 400-pound silverback who sits wherever he darn well pleases. Deanna knows that because she’s ripped her fair share of my query drafts into tiny bits of confetti. Her criticisms, however, come with caring support and encouragement, which recently have taken the form of, “When are you going to get your query for Pilot Error out there?” and “Have you thought about a website?” A couple of weeks ago I casually mentioned to her that I’d like some advice on that topic and she graciously (as always) agreed.

Some NIP members usually gather for coffee after our meetings. Topics range from writing issues to who’s not there to who else isn’t there and maybe we get back to discussing writing at some point. At coffee on Sunday the 25th, we were discussing multiple topics (about writing, actually) and ultimately gravitated to the question of how best to establish an online presence for the purpose of helping an unknown writer get a novel published.

I can’t speak for anyone else there, but it appeared that we were all very interested as Deanna laid out a triad of Facebook, website, and blog, and how to use this foundation to build what Seth Godin calls a “tribe.” By the end of her impromptu presentation I was pumped. We agreed to meet the next Tuesday to work up a strategy for the website, after which I had my assignment to prepare content in advance and take a look at themes to find some I might like to use for site appearance.

On Thursday at 10 AM we began the process. With my hands doing most of the work so I’d learn how, by lunchtime we had the basic website up and running. When we quit about 4 PM it looked pretty good. Deanna left me with a list of things to do. It is now less than forty-eight hours later, and here’s a status report.

The site looks far different. Once I gained some confidence about how to navigate the back pages where the administrator tiptoes through the 1’s and 0’s, I tried various things until I got something I liked. I used Fb to pester friends about taking a look and received valuable feedback. Visitors posted comments and I learned how to approve them for publication. 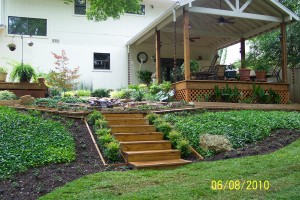 One of the troublesome aspects of the process that bugged me like a no-see-um involved a Meta tag. Those who are familiar with the term don’t need an explanation, and those who don’t will have to go elsewhere because I haven’t a clue. But I do know this.

At some magic point in the process, Deanna looked at me and said, “Just so you know, right now we are live!” Nearly scared me  into an early grave. The theme we were using comes with default text that you change as you go, one of which was a tacky “greeting” that appears in the upper right-hand corner of the home page. Before we could change it, Google “crawled” the site and picked that up. Later when we searched and found the site with Google, the words that appeared immediately after the heading in the listing read, “Hey there….” I just about lost my lunch.

Deanna explained that Google would eventually pick up the revised Meta tag, or I could try to figure out how to make it happen. I looked at instructions online, but my eyes began to cross and I had to quit. Then voila! Yesterday my words appeared there. Who’d a thunk it?

But the real shocker? Tosh McIntosh entered into Google search puts my website at the #2 spot on the first page. Before last Thursday I never tried that (why would I?), but my guess is that had I done so, there wouldn’t have been sufficient cyberspace available to dig that deep. 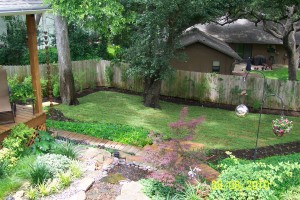 And this Fb thing. I mean, really. Who cares what I ate for dinner? But as we used to say at the USAF Fighter Weapons School when referring to firing an air-to-air missile, why not “reach out and touch someone?”

Sure enough, I asked Joan Upton Hall to be my friend and shortly thereafter she asked if I would like to announce launch of the website in the next edition of her newsletter Page Turners. Did I say that this online networking gig is cool?

In future posts, I’ll address the continuing process of updating the site with fresh content. If you have been sufficiently interested to read this far, you might want to keep an eye on this logbook. Thanks for visiting.