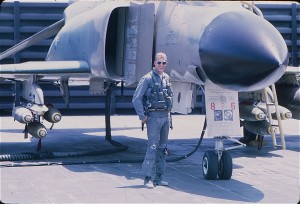 A recent editorial in the New York Times provided a concise back story on the US involvement in Iraq, a current assessment of the situation there, and presented a compelling argument for why we can’t leave now. I agree, but for entirely different reasons.

Iraq under Saddam Hussein was a pressure cooker over high flame. The only thing that kept the lid on was a secular, brutal dictatorship. The last thing he wanted was to allow religious extremism a foothold within his borders.

For all the reasons mentioned in the NYT article, the US pried off the lid under the mistaken impression that after our military power did its job, we could help Iraqis install democracy from the top down. Excuse me, I know there are a supposed to be a bunch of smart people running the show in this country, but how can they be so naive? The only time that’s ever worked is in the aftermath of WWII, and nothing about the Middle East in 2003 compares with 1945 Japan.

In a line of dialogue spoken by Jeff Goldblum in Jurassic Park, he’s referring to the scientist’s ability to clone dinosaur DNA. Goldblum says something to the effect of, “But you never stopped to consider whether you should.” America’s decision-makers would have served this country better had they addressed that question in advance, alongside a corollary one of whether they could.

Like we’re going to topple Saddam Hussein and the Iraqis will fill the streets singing our praises, jettison centuries of racial and ethnic hatred, and live happily ever after. It hasn’t happened yet and it most likely never will. A cornerstone of American democracy is the separation of church and state. Who in their right mind would predict that could occur in Iraq?

The NYT editorial position implies that we can leave only after we finish the job of assisting the Iraqis in creating a stable democracy. Which, if my prediction is accurate, will never occur. So where does that leave us?

David Halberstam’s The Making of a Quagmire: America and Vietnam during the Kennedy Era carries a message that when modernized could be read as, The Mother of All Bubblegum On Our Shoes.

We can’t leave because we can’t leave. But we we’ll have to, eventually, and it will be deja vu all over again as another of America’s experiments in nation-saving and democracy-building fails 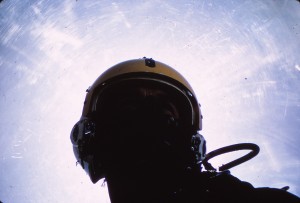 because we never stopped to consider if we could succeed, and therefore if we should even try.

The United States of America is the finest nation on the planet. My twenty years in uniform, including two fighting a hot war and the rest preparing for a cold one should it turn hot, testify to my love of country and willingness to serve her. But she is far from perfect, and in my opinion, three years into the 21st century we began the making of another tragic quagmire that only deepens with each passing day.