Lo and behold, a bit of calm in the midst of craziness. The TSA, after two years of effort on the part of pilot groups, finally agreed that cockpit crew members are the targets of terror, not the instigators. The TSA wouldn’t have, of course, if the current uproar hadn’t laid bare the idiocy of their power-grab in the name of protecting us from ourselves.

So what about flight attendants, who still have to endure being fried in a radiation oven and/or subjected to legalized groping? Their cry of “double standard” rings true in my ears. While most passengers consider them to be little more than wait persons, try getting an airplane full of people safely emptied during an emergency with only two pilots directing traffic. Good luck. Passengers are being told if you don’t like it, tough. Don’t fly in an airliner. You can accept this as the way of the world today, and justify the government’s side-stepping of the Fourth Amendment with the principle of “administrative search.” But before you do that like a lamb in a flock of sheep with a timid “Baaa, baaa,” do yourself a favor and demand that the TSA prove to the American people that it has absolutely closed off the other highway into commercial airliners.

It’s the one you, the traveling public, don’t see. It doesn’t begin with arrival at the departure level of an airport, past the ticket counters, through the highly visible security gauntlet, past the gate agent, down the jetway and through the main cabin door. This highway is below you, out of sight, out of worry.

As I mentioned in the post titled, “Airport Security Out of Control,” the people and institutions responsible for ensuring the safety of the flying public reacted to a 1987 airborne tragedy with an action worthy of “The Illusionist.” They didn’t want you concerned, so they made airline crews pass through security so that you could see them do that and to give you a warm fuzzy that all was well. Really?

But right beneath your feet, employees could gain access to airliners with nothing more than an ID and the code to a cypher lock. A code which was usually scribbled somewhere around the door jamb for the convenience of transient crews. Like the key under the doormat. You know, were no burglar would ever think of looking.

That was the “system” in action then, and although I haven’t been employed as an airline pilot in a number of years, I can tell you for a fact that what you see in the passenger areas of terminal buildings all over this country is not what you are getting. The end result is that airport security today is the equivalent of smoke and mirrors. 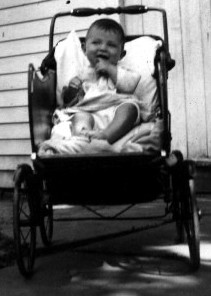 Compare that, if you will, to the image of a small child being subjected to an “enhanced pat-down” and ask yourself what kind of insanity leads to the conclusion that we have to protect ourselves from the imagined threat of a person concealing a bomb on their young son or daughter. And if you agree with the TSA that this is a realistic threat, then ask them why the one down there, the one you can’t see, is not.

Then watch and listen to the spin doctors do their thing. They’ll deny there are any holes in the security net and assert that the new procedures are absolutely necessary to close off that last bit of vulnerability represented by your private parts. And your grandmother’s. Oh, yeah, and let’s don’t forget the infant in the stroller.

Somewhere in a spider hole, OBL is laughing his butt off as he watches America self-destruct. This is disproportionate response on steroids, and the side-effects are laughable if they weren’t so appalling.